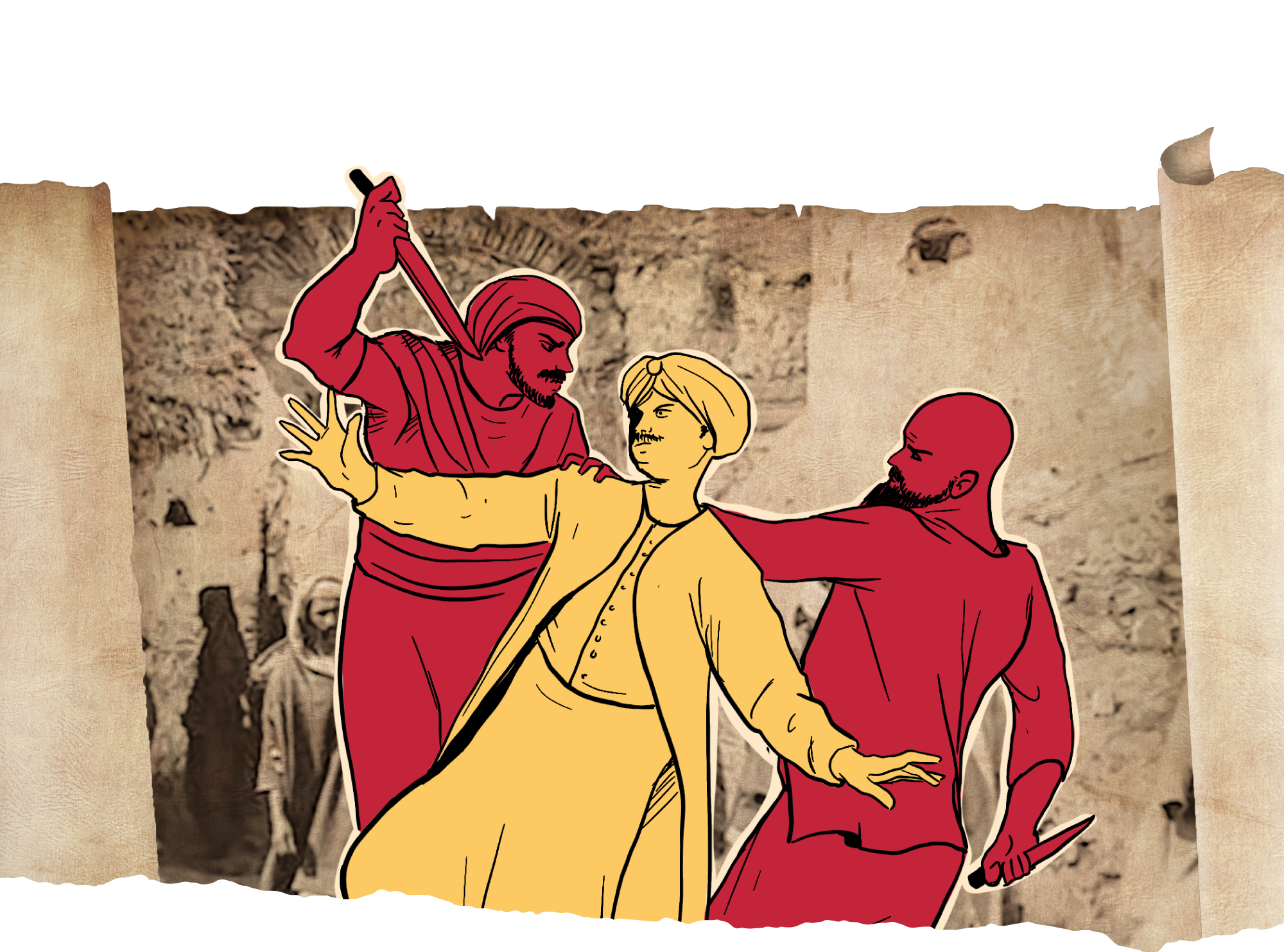 They plotted his assassination and hung his head in Istanbul

The Ottomans killed the Sultan of Morocco with treachery

Some countries pay the tax for their privileged location, where the invaders from all sides and the criminals of history covet them. This is what happened with the Maghreb, which is the closest point to the western Europe, along with its long coasts on the Atlantic Ocean.

Because of this, the attention of the Portuguese and the Spaniards turned to it and worked to occupy a number of centers on its coasts since the beginning of the sixteenth century AD, taking advantage of the poor internal conditions and the weakness of the central authority in Fez and its inability to defend its political entity, which led to a state of fragmentation.

During that stage, the Saadian call spread, which began to expand in Morocco, and its leaders appeared to be the liberators of the Moroccan coasts from foreign occupation. Prior to 1549, the Saadians had taken control of Morocco, and at the same time the Turks were controlling Tlemcen in Algeria, so there was a direct line between the Saadians and the Turks.

Historical documents indicate that the Saadian Sultan Abu Abdullah Al-Sheikh was wary of the Turks because he was aware of their criminality. The Moroccan historian Al-Nasiri Al-Salawi says: “Abu Abdullah Al-Saadi was sad because of the Turks’ takeover of the central Maghreb (Algeria), despite being foreigners and intruders”.

What increased this hostility was that Abu Hassoun Al-Wattisi, the enemy of Sultan Al-Saadi, fled to the Turks, who worked to exploit him. In 1554, Abu Hassoun, with the ruler of Algeria, Saleh Pasha, managed to defeat Abu Abdullah Al-Sheikh and expel him from Fez, but the Saadian Sultan quickly responded by mobilizing the tribes and re-crawling, so severe wars took place that ended with the victory of Abu Abdullah Al-Sheikh, his recovery of Fez and his control over Morocco after that.

Historical documents reveal Abu Abdullah Al-Sheikh’s contempt for the Ottoman Sultan Suleiman I. He called him the Sultan of the Boats, in reference to the boat pirates. On the other hand, the Saadian Sultan was able to confront strongly and proudly the ambitions of the Ottoman Empire and adhered to the independence and freedom of his country. Since the Turks did not know the meanings of chivalry and honor, they resorted, as usual, to treachery and murder. Assassinations were the policy of the Othman family against all who opposed them.

Sultan Abu Abdullah Al-Sheikh was able to deter the Ottomans with strength and pride, and to confront their aggression against Morocco.

When the Ottoman Sultan Suleiman I received the news of the collapse of his allies from Banu Wattas and the Saadian control of Morocco, he tried to win the latter to his side first, so he wrote a letter to Abu Abdullah Al-Sheikh congratulating him on the authority, and asking him to mention him on the pulpits of Morocco and sent a messenger with that. When Sultan Al-Saadi read his letter, he became very angry and brought the Turkish messenger. When the messenger asked him to reply, he said: “I have no answer for you until I arrive in Egypt, If Allah wishes, and then I will write to the Sultan of the Boats”. The Messenger left him and was terrified until he reached his sultan.

The Moroccan historian Al-Nasiri Al-Salawi says: “When the messenger of Sultan Suleiman left Sultan Abu Abdullah Al-Sheikh and arrived in Algeria, he reached Constantinople by sea and met with the Grand Vizier. He told him what he had from the Sultan of Morocco. The Grand Vizier informed Sultan Suleiman of this, so the Sultan ordered him to prepare the soldiers for the invasion of Morocco. The people of the court met and agreed to appoint 12 strongmen from the Turks, give them 12,000 dinars and send a letter with them to Saleh Al-Kahiya, a Turkish leader who joined the soldiers of the Saadian Sultan Al-after the defeat of Bani Wattas. They promised him money and position if he assassinated the sheikh and brought his head”.

Al-Nasiri continues: “The designated group headed to Algeria by sea. When they arrived, they bought mules and headed to Fez in the form of merchants. They used them to show their reasons. After that, they headed to Marrakesh. When they met with Saleh Al-Kahiya, he hosted them and planned for what they said”.

The Moroccan historian adds: “Those Turks showed to Sultan Abu Abdullah Al-Sheikh that they fled from Sultan Suleiman and wanted to serve the Sheikh and take refuge in him from those who pursued them. Then Saleh Al-Kahiya entered and said: My Lord, a group of notables from the Army of Algeria heard of our standing with you and our proximity to you, so they desired to be near you and serve you. There is no one above them from the Army of Algeria, and they, If Allah wishes, will be the reason for your control over it. He ordered him to bring them. When they came, he saw beautiful faces and great bodies. Saleh translated their words for him in a manner full of love, advice and diligence in obedience and service until the sheikh thought that he had taken possession of Algeria, so he commanded him to bestow on them and to give them horses and weapons. He told him to bring them whenever he entered. They used to go to him every morning to kiss his hand, as the Turks do.

The Saadi Sultan was deceived in this way and began to send the Turks to the elders of Souss to gain insight into the country and know the people. He commanded them to treat them well and to give them good hospitality. The situation continued until they had the opportunity while he was in some of his movements on the mountains of Dern, so they struck his neck, carried his head and took several paths. They reached Algeria and from there to Istanbul. They brought the head to the Grand Vizier, who brought it to Sultan Suleiman. The Sultan ordered it to be put in a copper net and hung over the castle’s door. The truth is that after the news of the assassination of Sultan Al-Saadi was confirmed, the confidence of the people of Morocco was not shaken, and this did not affect their insistence on upholding freedom and independence against any foreign occupier, whoever he was.