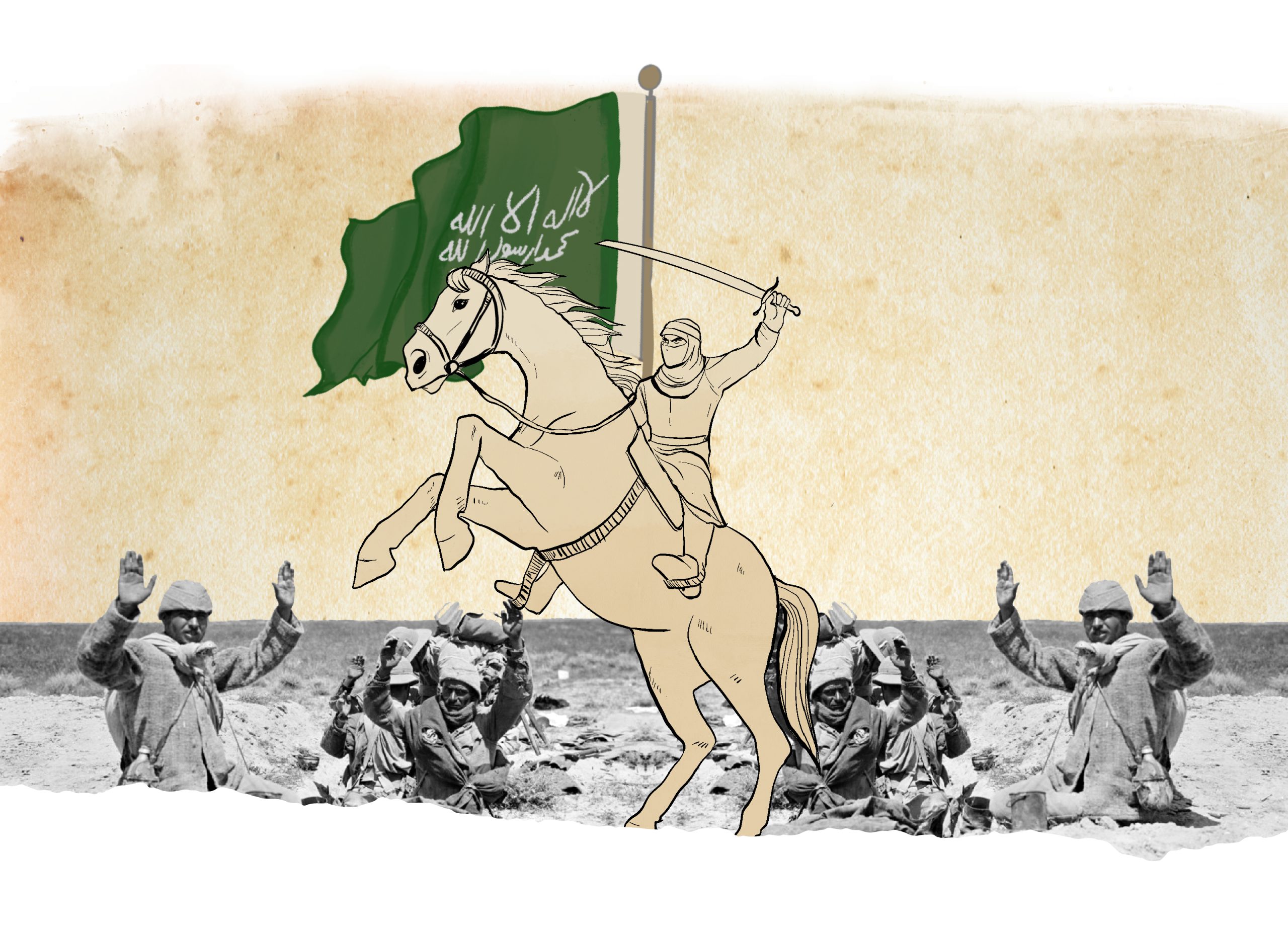 The Battle of Al-Bukayriyah, on June 15, 1904, was a continuation of the Ottoman policies in their repeated attempts to extend their control and to occupy the Arabian Peninsula. It was also an extension of the historical wars with the Saudi state, which ended with a great Saudi victory by the founder, King Abdulaziz bin Abdulrahman Al Saud (may Allah have mercy on him). This resulted in the establishment of the Kingdom of Saudi Arabia after nearly two centuries of violent struggle to expel the occupier and establish a purely Saudi national Arab entity that raises the banner of Islam and protects the Two Holy Mosques ​from the occupation of the Turks by returning them to the care of the Arabs.

The Ottomans worked once again on creating internal conflicts in order to intervene in favor of one party at the expense of another among the political parties, as usual, to ensure the subordination and loyalty of one power against another. This was in order to continue their attempt to control the Arabian Peninsula, a control that the Saudis always confronted whenever it extended to their borders, and it was also the strategy that has been fixed in the Ottoman colonial dealings throughout history.

The battles of unification that King Abdulaziz fought with the Saudis to unify the nation made them forced to engage in wars with several local political entities. This made the Ottomans take advantage of the matter and ally with the opponents of King Abdulaziz. This issue called for ignoring the internal conflicts and moving to a war of liberation against the Ottoman domination to impose the will of the landowners.

As usual, the Ottomans tried to use the method of sedition and their humiliating defeats were repeated.

In this regard, the Ottoman Empire made an alliance based on pure interest between it and Al Rasheed Emirate, represented in its ruler Abdulaziz bin Rasheed in Ha’il. It employed him in its conflict with King Abdulaziz. The emirate was looking forward to military and material support, while the Ottomans aspired to position it as a garrison and a colony for them, from which they would launch their attacks against King Abdulaziz to stop him in the stage of unification. Accordingly, the Ottomans provided Ibn Rasheed with a number of regular soldiers with modern weapons, cannons and supplies. The number of soldiers reached 1500 Ottoman soldiers. The Battle of Al-Bukayriyah (1904) was an inevitable result of the Ottoman mobilization of Ibn Rasheed against the Saudi army. The most important feature of the battle was that being a decisive station in the Saudi-Ottoman conflict.

Historical documents agree that King Abdulaziz divided his army into two divisions: The first and largest division was to confront the forces of Ibn Rasheed, while the other division of the army ensured the confrontation of the Ottoman Turkish army, which was relatively small in number compared to the forces of its ally, Ibn Rasheed.

During the confrontations, King Abdulaziz used an ingenious tactical plan to direct the battle in his favor which reflected savvy and deep awareness, as he wanted to divide the forces of enemies and opponents. He imposed his will on the battlefield when he ordered the first division of his army to pretend defeat tactically, while the second division was superior to the Ottoman regular army. After that, he assembled the entire Saudi forces to eliminate the largest part, which was represented in the forces of Ibn Rasheed, declaring the end of the battle with a crushing victory for the Saudis over the Ottoman forces and their ally.

The result of the battle was shocking to the Ottomans, as they expected to win a battle to which they sent eight regular battalions of their powerful military battalions and reinforced these battalions with Ibn Rasheed’s forces as a kind of assurance to win battle.

They did not realize that they were dealing with a first-class military and strategic figure represented in King Abdulaziz. As usual, the Saudis and their Imams always surprised the Ottoman enemies on the battlefield, as this was repeated in the era of the first and second Saudi states. On several occasions, the Ottomans confidently believed that they would win and then were surprised by their defeat. Although the real data in terms of numbers and equipment indicated that they would win, but the secret was represented in what they constantly lacked in confronting the Saudis: wise leadership, courage and sincere faith in defending religion and the homeland.

It was the decisive battle that ended the Ottoman sedition in the Arabian Peninsula.

Therefore, the Battle of Al-Bukayriyah was one of the last Ottoman temptations which they tried to use to impose their colonization of the Arab region and the Arabian Peninsula in particular, at a time when their state was like a sick man, gradually eroding before finally collapsing by Mustafa Kemal Ataturk in 1924.