Under the pretext of alliance with the Europeans How did the Ottomans justify their ambitions in Algeria against the local authority? 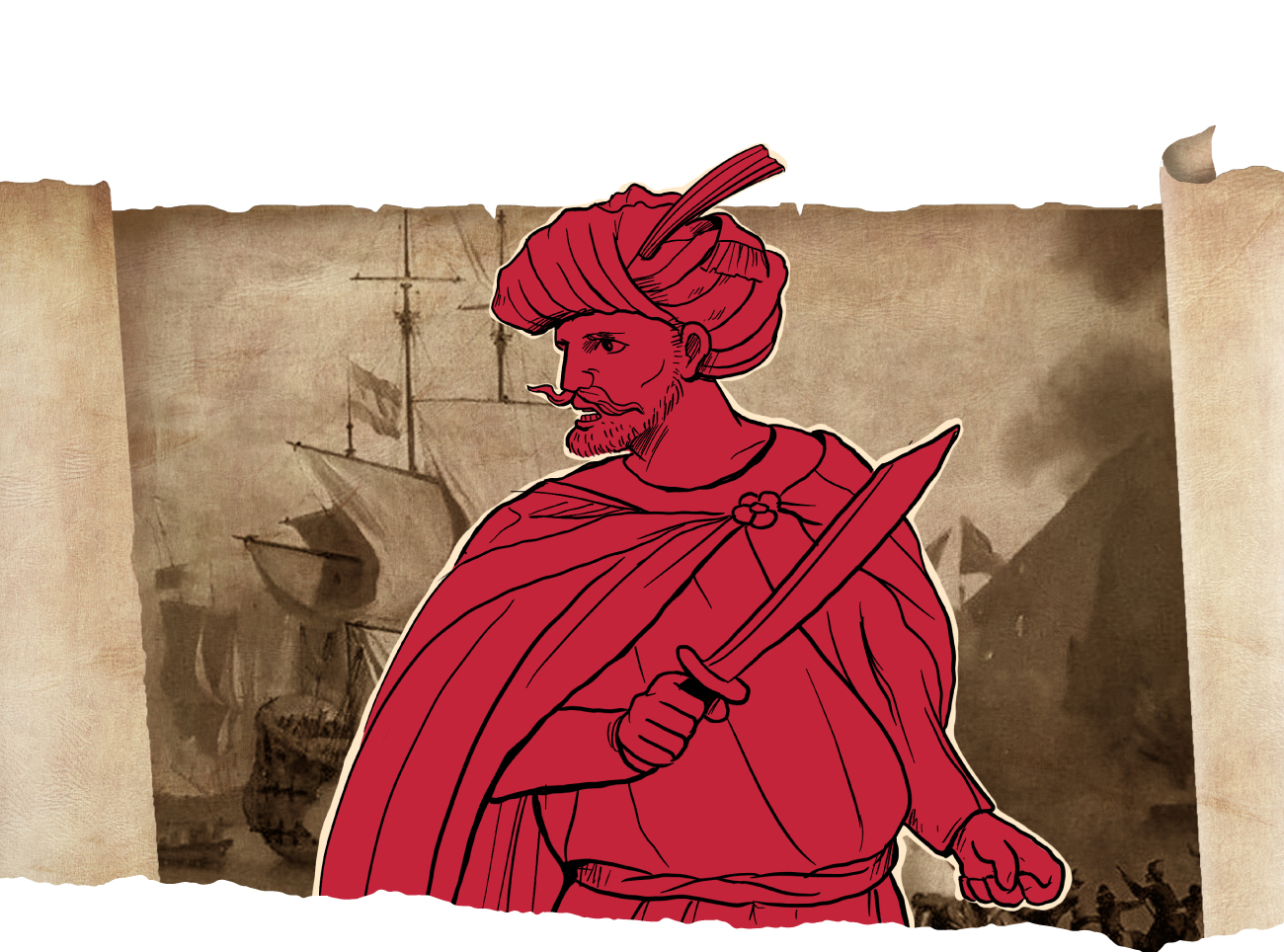 Under the pretext of alliance with the Europeans

How did the Ottomans justify their ambitions in Algeria against the local authority?

Studying the history of the Turkish occupation of North Africa and the compilation of historical documents and material evidence confirm that subjecting the region to the rule of the Ottoman Sublime Porte caused by a group of subjective and objective factors that all combined to make Algeria and the rest of the Emirates a victim of the worst colonial era to which the region was subjected.

On the other hand, the arrangement of the brothers, Aruj and Khair Al-Din Barbarossa, was contrary to what the inhabitants of Algiers wished. The pirates considered that the subjugation of the city was only a stage in their way to establish a state for themselves in the west of the Islamic world, and that Algeria represented a political base for expanding the borders of the new state, as well as being a strategic location for continuing piracy operations and disturbing the “enemy” on the other side of the Mediterranean.

The Barbarossa brothers changed the tactics of expansion after they realized that subjugating Algeria would be less costly than an adventure with unsafe consequences for Egypt, as it was the first target in Aruj Barbarossa’s plans. This is what the Algerian historian Mubarak El-Mili referred to, by saying: “Aruj was in the city of Jijel when the appeal of the inhabitants of Algeria reached him. At that time, he changed his thinking about the occupation of Egypt and saw that the opportunity arose and that the conditions were created to establish a new rule in Algeria that would be purely for him and his brother”.

As soon as they took control of Algeria and occupied it, the Ottomans used their piracy with the people, where they caused murder and brutality without guilt.

In this regard, after Aruj declared himself sultan over Algeria instead of its former ruler, he began implementing his new plan. The beginning was from the Emirate of Tennes, where the accusation was ready, which is the support of the Spanish infidels against the Muslims, and as a result of that, Aruj prepared an army of one thousand five hundred soldiers to confront the Sheikh of Tennes.

Since the goal was to occupy the largest number of areas, Aruj succeeded in seizing Medea and Miliana, while Khair Al-Din succeeded in occupying Dellys and its surroundings. With the arrival of Aruj’s army to the outskirts of the city of Blida, he clashed with the Sheikh of Tennes’s armies, and a bloody war broke out between the two sides that ended with the victory of Aruj. He finished off the fugitives from Tennes’s army until he entered it after taking the lives of thousands of Muslims who would not have imagined being ruled by a Turkish pirate of unknown origin, lineage, religion and affiliation.

Aruj’s seizure of Tennes included extremist criminal manifestations, and the pirate did not have the morals of Muslims, but rather killed their sheikh and his companions and mutilated their dead bodies without judgment or testimony. This bloody scene is narrated by Khair Al-Din Barbarossa in his memoirs, saying: “Then he immediately waved to the executioner to cut off the neck of the traitor (The prince of Tennes), after which he summoned a number of Arab leaders and ordered their necks to be cut off as well”.

The occupation of Tennes was a stop in a bloody path that the region had suffered from for more than three centuries. It was sufficient to stop the clocks of time and to return the Muslims of the Central Maghreb to centuries of backwardness, civilizational ruin, and cultural bankruptcy under a dictatorial rule that glorifies its race and the non-Arabs, despise the indigenous population and waste blood and honor.

After Tennes, it was the turn of Tlemcen, which Aruj considered the origin of strife. It is the matter that requires asking an obvious question: How can a region be described as the origin of strife when it was never under the rule of the Turks and has maintained complete independence from the rest of the dynasties and the Emirates? This political reality is testified by Barbarossa himself in his saying: “It was a large city located in the far west of Algeria, on the borders of Fez, as it was ruled by a ruling family for a long time”.

The Turkish pirates shared the lands of Tlemcen and distributed it among their leaders.

Tlemcen collapsed, like the rest of the independent Emirates, and its residents came out strangely looking at the Turks who had not seen or known them before, especially Aruj. They welcomed them in a cheerful way. However, the feelings of joy at the entry of the Turks turned into pain and suffering, as Aruj began to seize the property of Banu Zayan’s King and then proceeded to seize a lot of money and lands in Tlemcen and began spending everything on the army and giving gifts to his followers.

These were some of the manifestations of the occupation and humiliation practiced by the Turkish pirates against the residents of the region, and it is the same treatment of the usurping occupier who starts with giving promises and oaths and ends with breaking promises and severing necks.