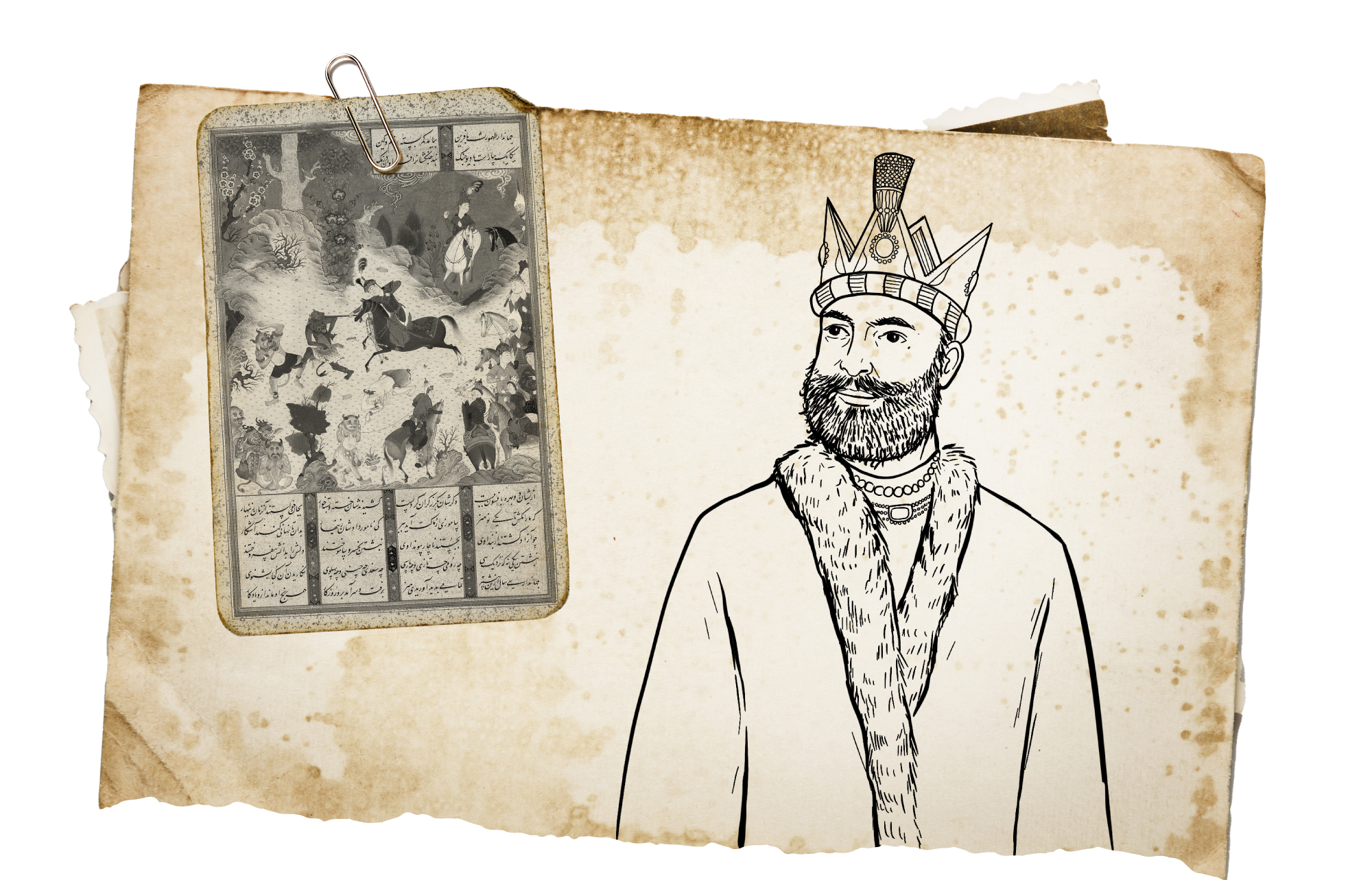 Poetry had a great importance for the Persians, especially after they entered Islam. Some Persian researchers believe that poetry did not develop and take its high place in their society until after the advent of Islam. Their poetry did not go beyond the popular poetry known as “Pahlavi poetry”, which is considered as poor poetry written in the Pahlavi or ancient Persian language. After the conquest of Persia, the Persians were influenced by Islam, Arab culture and Arab literature. In fact, Islam and Arabism are two synonymous concepts, so the Persians embraced Islam apparently and reluctantly. They worked to fabricate seditions and intrigues until they introduced falsehood, heresies and delusions to Islam.

The Iraqi historian Abdul Aziz Al-Douri says: “In the Abbasid era, the Persians moved widely with a racist motive, and their movement represented part of the attempt of non-Arab peoples to overthrow the Arab rule. This matter appeared in the political, cultural and religious conflict carried out by the extremist Persian elements in their hostility to the Arabs and Islam, and they worked to discredit Islam, belittle the Arabs and degrade their culture”. This Persian approach has continued to the present day.

After Arab culture and literature dominated the Persian thought for more than two centuries, the first populist writings began to provoke Persian hostility against the Arabs when Sultan Mahmud Ghaznavi commissioned the Persian poet Abu Mansour Al-Duqqi Al-Tusi to write poems glorifying the history and civilization of Persia and cursing the Arabs and their civilization. He started writing his epic “The Shahnameh”, but he was killed before completing his work, so Abu Al-Qasim Al-Ferdowsi (died: 1020 AD) completed his work. He is one of the oldest poets who wrote in the Persian language. The work continued for thirty-three consecutive years, in an attempt to compete with the Arabic language, which used to dominate the region with its cultural and literary power. Despite the Persians’ pride to this day in this national epic of Persia, they neglect the fanaticism it contains towards the Arabs in racist forms, which is what the epic was implicated in despite its literary importance. In fact, the book is of great importance to the Persian nationalists. The approach followed by Al-Ferdowsi and other Persian writers was based on sending direct implicit messages offensive to the Arabs and showing them in a bad stereotype through false stories, legends and myths in addition to false poetic epics.

Populism was a Persian approach dedicated by their states, which were established under the auspices of the Abbasids. Its most prominent supporters were the Ghaznavids.

In fact, we can say that the first opportunity for the emergence of the Persian as a language of literature was during the era of the Samanid state (819 – 999 AD), which was famous for its work on reviving Persian nationalism again, then the Ghaznavid state came, and this tendency increased clearly. Al-Ferdowsi wrote his famous epic “The Shahnameh”, which amounted to about sixty thousand verses of poetry, revealing the glories of the Iranian peoples. He decorated it with stories and biographies of epic heroes and characters associated with the history of the Persians, making it the focus of people’s attention in their conversations and songs.

If we take a closer look at that epic, which Iranians are still proud of globally, we will find that its legendary content contradicts what they claim of the Islamic faith. When writing The Shahnameh, Al-Ferdowsi was clearly influenced by The Avesta, which is the first book that includes parts of ancient Persian myths more than three thousand years old and is the oldest written historical document that reflects the ceremonies, ideas and religious rituals of the ancient Iranian society. It portrayed the kings in a state of sanctity that raised them to the rank of gods as a form of influence by Indian and Greek myths, and this work was described as “the holy book of Zoroastrianism”.

An example of that populist and racist tendency of Al-Ferdowsi, who supports racial hatred, is the following saying that he mentioned in his book in his book: “The kings of the Persians all dissented from obedience to their greatest king and were tyrannical. They went to Al-Dahhak, the son of the king of the Arabs, to save them from Jamshid. He only appointed himself as a king over them and went to Jamshid, who fled to India. Al-Dahhak tracked him again and ordered his killing with a saw”. Through that paragraph, Al-Ferdowsi showed the Arab person as if he is treacherous and savage in his dealings with his enemies. Here, we remember “Shapur with the shoulders”, the Sassanid king who brutally stripped the shoulders of the Arabs. Al-Ferdowsi can be described by the Arabic proverb, “You’re living in a glass house and throwing stones”. He also mentioned in another paragraph attacking the Arabs: “Because of your drinking of camel’s milk and eating wild beasts, the Arabs reached the point of wishing to take the rule of the Persian kings”. This shows an arrogant tendency that belittles the Arabs and praises the status of the Persians as masters of history. Despite its historical fallacies and racist grudges against the Arabs, this Persian epic remained present among the Persians and they were proud of it among the nations. They are even more proud of it in the modern era, showing nationalism and racism against Arabs.